DATA BLENDING : A process that is gaining more and more attention from business analysts as it is a quick and easy way to combine and extract value from multiple data sources and answer a specific (ad hoc) question.

Kirigami-DX (KDX) is an innovative solution for auditing, controlling and integrating data. This solution was created by functional experts and supports the business data processing processes of our customers. 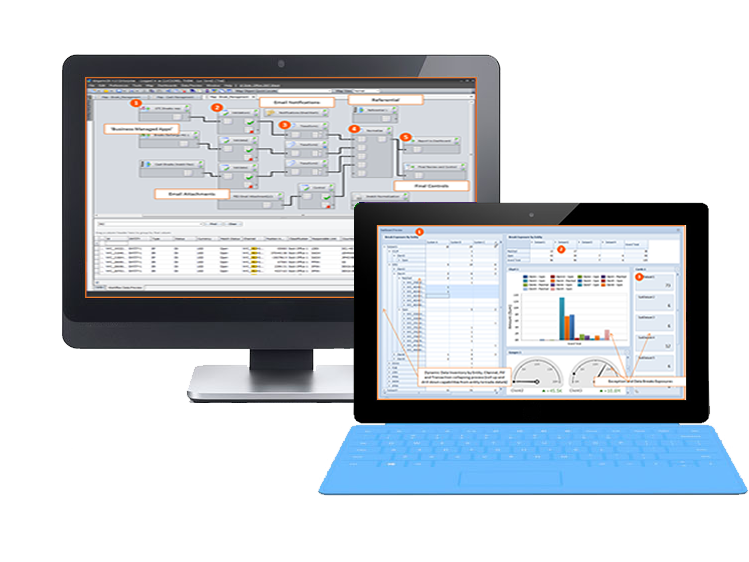 The “massification” of data or “Big Data” has generated new challenges. Kirigami-DX is an innovative solution, deployed with many financial, technological, industrial and retail players.

Kirigami-DX by its visual approach of the collection and the controls makes it possible to accelerate the realization of complete projects in many fields where the collection, the audit, the control of the data became a major stakes of the reliability of the business processes.

Kirigami-DX makes it easy for businesses to interact directly with their data by providing them with collection, visualization, validation and transformation capabilities. These steps can be viewed directly on the screen in the form of functional processes.

An agile and graphical tool:

In addition to these features, KDX offers the opportunity to: 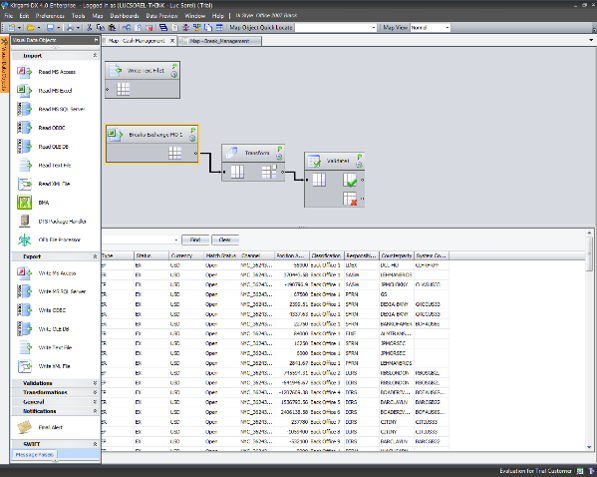 The project team of a North American bank wanted to automate its OTC derivatives process in a very short time due to regulatory pressures. The estimated working time for setting up its OTC was evaluated at 6 months, without taking into account the test phase. KIRIGAMI-DX was selected to be the tool allowing a fast implementation of the project: functional framing control, analysis, migration and data sharing were realized thanks to the use of the KIRIGAMI-DX software.

Business Case # 2: A business accelerator for certifying the reconciliations of a major French bank.

Fragmented and manual in the past, certification of reconciliations between the accounting system and management systems has been significantly improved by the use of KIRIGAMI-DX .
It is now a key software of the process of decree.

Results:
The use of KIRIGAMI-DX as an accelerator in the process of controlling results between the Front and Accounting systems has resulted in multiple gains:

The control and accounting certification process is better controlled and more reliable, allowing teams to focus on the real differences and thus significantly reduce the cost of treatment.

Director of a Publisher specializing in Budgeting Solutions 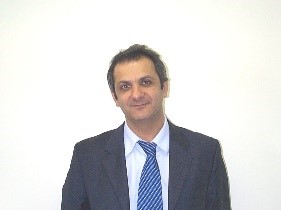 Speed up the deployment of our software solutions.

Kirigami-DX offers our customers the possibility of having an agile module, completely graphical, comprehensible and easily usable by management controllers (two days of getting started) allowing them to access their data and integrating powerful transformation functions, essential for feeding a cost calculation solution like ours.

The Project:
As part of the overhaul of its management control system and more particularly its budget management in ABC mode, STIME has chosen the MyABCM and Kirigami-DX offers to replace SAP PCM.
In a process of rationalization and urbanization, the challenge was to be at the same time more efficient while making the process reliable and simplifying each year from June to September.
This project has made it possible to:

Results:
Xavier TREBOUTA , Deputy Director of Management Control, and his “ABC” team of Alexandre FERNANDES and Axel FROT testify:
“After a 2-day training, we took KIRIGAMI-DX ourselves, which proved to be both user-friendly and ergonomic in its use and powerful in its functionality.
We have eliminated all the manual feed processes, sources of errors, as well as the different steps existing in the previous solution to replace them with a single treatment including reprocessing, aggregations and controls.
We appreciate ease of development with end-to-end visibility into data processing. It is a solid process base allowing documentation implemented directly by the users “.

MyABCM chose the KDX solution to accelerate the implementation of its solutions at its customers.

Fiserv is a Group specialized in IT services for banking and finance, with more than 21,000 employees in 148 countries worldwide and serving more than 13,000 clients. The company is recognized for the quality of its technology services and innovation, including award-winning solutions for mobile and online banking, payments, risk management, data analytics.

FISERV has referenced KDX as a recommended solution to its customers.

Investance is one of the leading French management consulting firms, dedicated to Banking, Finance, Insurance. Its sectoral approach makes it possible to have an optimal business impact, while offering tailor-made support. The company is also recognized for the quality of its many publications.

INVESTANCE uses KDX as part of its missions.

Partner It Group is a European company specializing in the field of information technology. Its mission is to support companies in their digital transformation and their development. Since 2008, we have been the strategic partner of our clients, providing operational solutions in IT infrastructure management, outsourced IT, software engineering and business solution integration.

Partner IT Group uses the KDX solution to facilitate reconciliation and optimize data integration in its projects and also offers the solution to its SMB / SMB customers.